The 15 Loudest Bluetooth Speakers in 2022 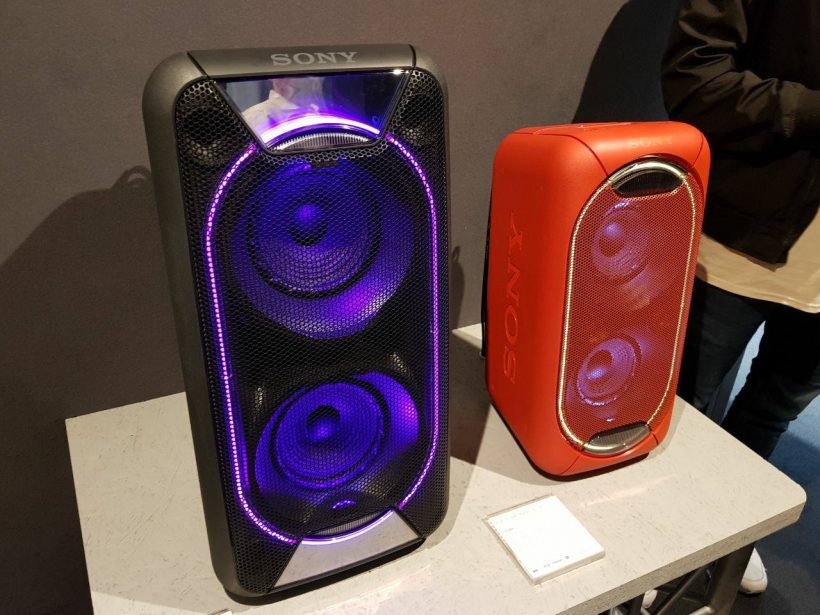 The Sony GTK-XB90 is the bigger brother to the XB60, and delivers by far more volume, sound and bass than the GTK-XB60. The GTK-XB90 has up to 160 watts RMS of power compared to the GTK-XB60’s 60 watts RMS. It is also much larger than the XB60 and also has an additional tweeter for crisp highs and midranges. If absolute volume output is what you are looking for, go for the Sony GTK-XB90.

That being said, the Sony GTK-XB90 is much larger than the XB60 and can pose issues for portability. The GTK-XB60 is much smaller in design and is easier to carry around and setup. Both speakers look stunning in their design and appearance with a durable exterior.

If you are looking for a more economical option and a more compact design, the Sony GTK XB60 is also a pretty good choice. 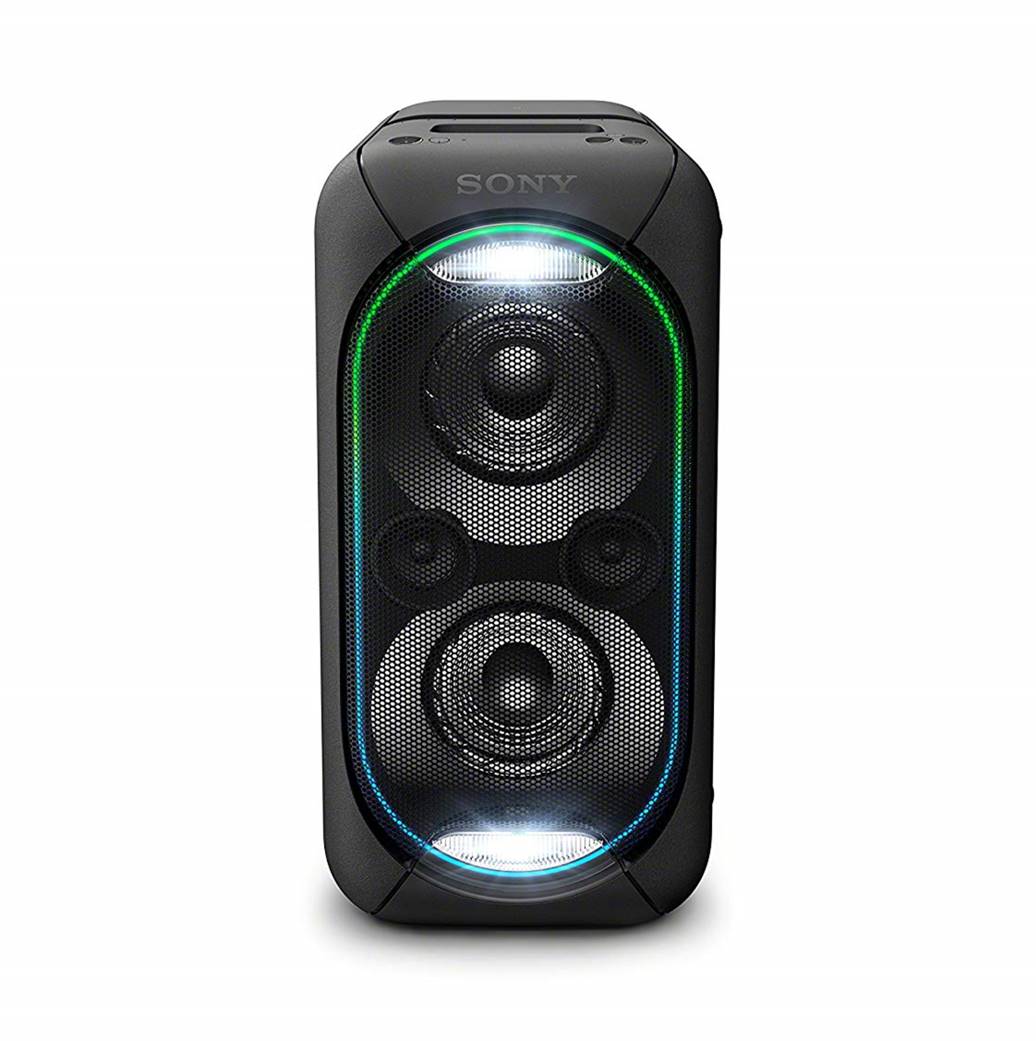 The Sony GTK-XB60 is a versatile portable PA system and provides up to 60 watts of sound output. The speaker is built primarily for sound performance and provides extra-bass technology for deep and punchy sound output.

Furthermore, we like the ability to pair two Sony GTK-XB60 speakers together to create a much wider sound-field with crystal clear sound for parties and concerts. These speakers can pump out so much volume that they can practically double as portable PA speakers for mini events. We also liked the fact that these Sony speakers come with a built-in rechargeable battery that provides up to 14 hours of continuous music playback, and can also be plugged in simultaneously while playing music.

These speakers support wireless Bluetooth connectivity with NFC for high quality music streaming. It also comes with an app which you can use to add DJ effects, samplers and lighting effects – it also has microphone inputs for you speak through these speakers.

The entire speaker has a dimension of 10.4” x 21.7” x 10.7” and comes with an AC cord, operating instructions and an instruction manual. If you are looking for one of the loudest Bluetooth speakers with a high versatile design and great sound quality, the Sony GTKXB60 is definitely a great choice. 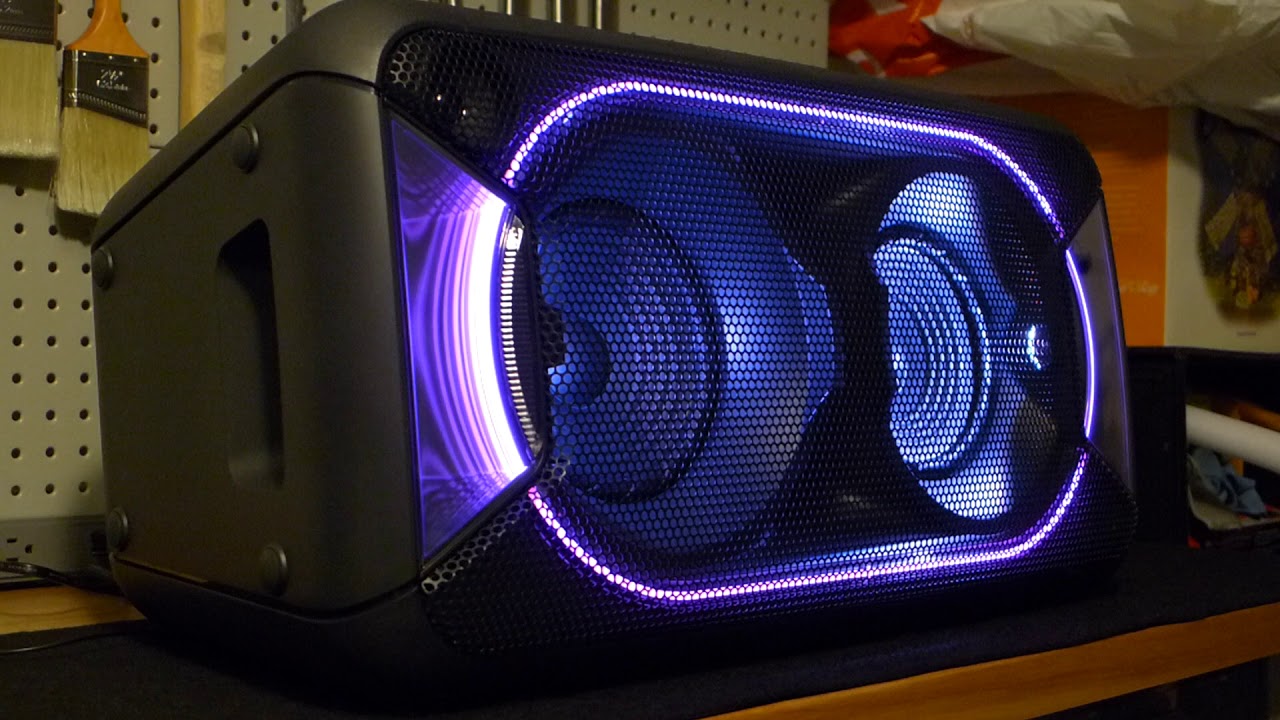 The Sony GTK-XB90 is an extremely powerful speaker and has more volume and bass than the XB60. This speaker is designed with extra-bass technology for deeper and punchier sound performance. It also comes with a rechargeable battery that delivers up to 16 hours of playtime on a single charge.

This speaker comes with several unique features such as LED lighting to light up the party with Infinity Mirror lighting to create a true party atmosphere. It also supports multi-device connection for more people to control the music.

This speaker comes with a Sony music center app for you to control the sound and light effects. It also comes with preset EQ settings for EDM, hip-hop, rock and pop music genres. You can also use the Fiestable app to add more DJ effects and lighting effects. The entire speaker comes with an AC cord, operating instructions and setup guide for easy reference.

The sound quality on the Sony GTK-XB60 is exceptionally loud and clear, with crisp highs, detailed midranges and deep bass response. The acoustic drivers on these speakers pump out a good 60W total of full-range sound performance. The bass on these speakers hits hard and is impactful, and the speaker comes equipped with a passive bass radiator to improve the bass output.

The bass feels tight and punchy and does not overwhelm the midrange frequencies – you would be able to hear the full bass spectrum if you equalize the sound frequencies correctly. The sound quality on this Sony speaker is much better than other large speakers that we have tested due to the dynamic tweeter and passive subwoofer combination.

Music genres such as electronic dance music and hip-hop sound particularly good on these speakers, and you can hear vocal performances with distinct clarity in every detail. We also liked the level of soundstage that these speakers have when playing music, allowing you to pick out where each sound is coming from. The dual pairing mode on the Sony GTKXB60 allows you to pair another B60 speaker together to create a full-blown mini concert effect.

The Sony GTK-XB90 sounds much louder and more well-rounded than the XB60 speaker. Because the XB90 speaker comes with 3 tweeters and 2 woofers, it is able to produce sounds at dedicated frequency ranges that makes music come across as lifelike with plenty of soundstage. You can hear the details coming from the left, right and center channel speakers with crystal clear clarity.

The bass from the XB90 is slightly more refined than the XB60 and has about the same impact. It’s particularly good for EDM, rock and hip-hop music genres and can deliver deep punchy beats that reverberate throughout the room.

If you have the budget, go for the Sony GTK-XB90 speaker. This is because the XB90 has up to 160 watts RMS of power compared to the XB60’s 60 watt RMS power output. The XB90 also has a built-in battery capacity of 16 hours of runtime, while the XB60 only has 14 hours. The XB90 also features 3 tweeters compared to the XB60’s two tweeter speaker design.

Sound performance wise, the XB90 has a much louder and well-rounded sound compared to the XB60. The bass response feels almost the same, but the XB90 can go much louder and without any distortion at high volume levels. The XB90 feels like a bigger brother to the XB60 speaker while delivering very good sound quality and midrange performance.

Design wise, it’s pretty clear that the GTK-XB90 is a much larger speaker than the XB60. That being said, it’s also less portable due to its larger size which may be a consideration if you want a more portable PA setup. If you don’t mind the GTK-XB60’s lesser volume output and wattage performance, the GTK-XB60 is actually a much more portable option compared to the GTK-XB90.