The 15 Loudest Bluetooth Speakers in 2023

The 15 Best Bluetooth Audio Receivers in 2023 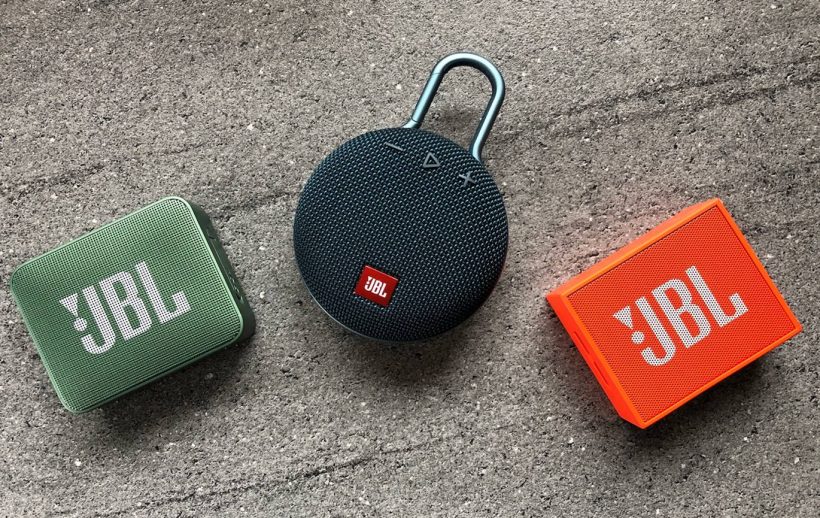 In this JBL vs Bose review, we’re going to explore which is the better brand in terms of sound performance and design. Both JBL and Bose are American companies with plenty of history in making audio equipment and studio gear, with JBL more notable in the sound touring industry for rock and music festival speakers and equipment. Bose on the other hand, has a reputation for its home audio systems, speakers and professional audio headphones. We’ll touch on more history in a short moment.

To cut the long story short, JBL is better at making outdoor speakers which have the added advantage of being waterproof and more durable over Bose speakers. JBL speakers are known for being “loud” and “bass heavy”, with notable releases including the JBL Boombox 2 and JBL Xtreme 2 designed specifically for the outdoor speaker consumer. Bose, on the other hand, is much better at delivering home audio and home theater speakers that provide a cinematic listening experience. Bose also has the benefit of having a great reputation for making noise cancelling headphones – which are some of the most well known in the world today. That being said, Bose still has an impressive array of speakers that are definitely worth mentioning.

To carry out this analysis, we compared side by side the latest speakers and headphones from JBL and Bose to determine which ones actually sounded better and compared their strengths and weaknesses.

Table of Contents show
1 History of JBL and Bose compared
2 JBL vs Bose Speakers – Which is better?
3 JBL vs Bose Headphones – What are the key differences?
4 JBL vs Bose Home Theater – Is there a clear winner?
5 Some final thoughts

History of JBL and Bose compared

Historically, JBL was a company that designed their products around loudspeakers and studio monitors. Their first product was the D101 15-inch loudspeaker model with a D175 high-frequency driver for producing loud stereo sound. The L-100, made in the 1970s, became the bestselling loudspeaker model in the USA. JBL also successfully ventured into recording studio speakers with the JBL L-100 and 4310 control monitors becoming popular home speakers.

During the 1980s and 1990s, JBL forayed into the loudspeaker consumer market with a greater selection of speaker lines including the Everest and K2 speakers. JBL also became a supplier of the touring sound industry with their loudspeakers deployed at concerts and rock music festivals. Their products later became the basis for the development of THX sound for move cinema loudspeakers.

Today, JBL is owned by Harman International Industries and is based in the USA.

Bose, on the other hand, was founded by Amar Bose with the purpose of developing speaker systems which used multiple speakers aimed at surround walls to re-create sound of a concert hall. In other words, the company was focused on creating surround-sound oriented speakers. By the late 2010s, Bose became the leading retailer in the United States for home theater systems.

It’s interesting to note that Bose also sold aviation headsets since 1989 and consumer headphones since the 2000s. Their headphones are widely used in aviation to this day.

The point of this article is to show that, while Bose and JBL are retail speaker companies, they were not founded for the same purposes. Each company’s ethos and mission are reflected in the audio products that you see today.

History aside, how do these brands compare when it comes to sound performance? Let’s take a look at the results below.

JBL vs Bose Speakers – Which is better?

While both JBL and Bose make portable speakers aimed at the consumer market, there are actual differences in sound performance and design of both brands.

JBL products are aimed at the loudspeaker market. Take for example, the JBL Boombox 2 or the JBL Xtreme 2 vs the Bose Revolve+. The JBL speakers are just able to pump out much louder sound and more thumpy bass than the Bose Revolve+. On the other hand, the Bose Revolve+ seems more subtly designed and suited for home aesthetics. Yes, the Bose Revolve+ does deliver good bass performance, but JBL literally converts their entire speaker into one gigantic subwoofer (with dual bass radiators at the sides).

The JBL Flip 5, compared with the Bose SoundLink Mini 2, also illustrates this point. The Flip 5 speaker delivers way more bass and volume as the SoundLink Mini 2. They are designed primarily for outdoor sports activities where you can blast music freely. The SoundLink Mini 2 feels like a speaker that you’d put at home and listen to while drinking a nice cup of coffee. There are sound differences – but the JBL speakers here clearly pump out more volume and bass as compared to the Bose speakers.

We actually prefer JBL over Bose when it comes to portable speakers. JBL’s speakers are rugged and well-designed, and feel like they can take a beating or survive outdoor exposure to the elements. Bose speakers, on the other hand, are designed primarily for home use. They rarely offer any water-proof resistance and those that do (for example the Bose SoundLink Color) don’t offer fully immersive waterproof resistance (IPX7) like the JBLs.

The battery life on the JBL speakers is much longer as compared to the Bose speakers. You can see that JBL is really geared towards the loudspeaker market – especially for outdoor listening activities.

In our opinion, JBL portable speakers generally produce much more bass than Bose which makes a difference especially for larger outdoor gatherings and parties. Read more on our analysis on the bass from JBL and Bose speakers.

JBL vs Bose Headphones – What are the key differences?

This is actually where it gets interesting. While both JBL and Bose started out making speakers, both have eventually forayed into the headphone market with the introduction of their own headphone lines. It’s curious to note that Bose actually started off their headphone line by selling aviation headsets since the 1990s and then consumer headphones in the 2000s.

Bose actually has much better headphone line than JBL thanks to the QuietComfort (QC) series with active noise cancelling. Bose is known to have some of the best noise cancelling headphones including the Bose QC35 IIs and the Bose 700 series headphones.

They are designed primarily for sound performance and noise cancelling which makes them really ideal for travelling or casual listening. Their sound signature feels slightly warm but they deliver really nice highs, midranges and all-rounded overall bass.

The JBL headphones, on the other hand, feel closer to the Beats genre kind of headphones. They have an undeterred amount of bass response and plenty of low-end frequency oriented sound signature that makes them great for EDM, rock and hip-hop. These headphones are great for those who want to hear more bass – although the JBLs are not known for their noise cancelling technology.

In terms of quality and sound engineering, Bose really stands out for their superior line of headphones with unparalleled noise cancellation which literally blows everything away – including the Sonys (for those Sony fans out there, we’re sorry).

JBL vs Bose Home Theater – Is there a clear winner?

JBL actually did a pretty good job with their THX technology but they never really came to incorporate that technology into their home theater systems. Bose, on the other hand, can be said to be a pioneer in this area with their signature Bose home surround technology and acoustimass subwoofer series.

When we compared JBL’s flagship home theater – the JBL Bar 5.1 channel system – to Bose’s flagship 5.1 home theater (Soundbar 700 with the Acoustimass 700), Bose clearly wins in almost every aspect except the price.

The Bose Home theater system sounded refined, with really good surround sound and bass that makes you feel as though you are sitting in a real life cinema. The level of detail and surround sound that you get is beyond comparison. It also incorporates Dolby Atmos into the home theater system which makes the Bose speakers sound all the most accentuated with 3D immersive effects.

JBL on the other hand, does deliver good surround sound with nice bass but doesn’t come as close to the level of soundstage and full sound immersion that the Bose system offers unless you go really high end with JBL (the JBL Stage 5.1 or HDI series). To put things into perspective, listening to the JBL home theater system feels exactly like listening to a home theater system, while the Bose system makes you feel as though you are in a cinema.

This is reflected in the philosophy of both companies. Bose was founded to create surround sound systems that can reproduce the effects of a concert hall, while JBL was founded as basically a loudspeaker company.

That being said, JBL recently released their new HDI series premium loudspeakers that are targeted at high-end audio. While we haven’t got the chance to test these out, these could be a game-changer in the home audio / home theater space. Bose on the other hand, hasn’t really had any major releases in the home theater scene.

Bose and JBL are some of the best well known audio companies in the world. But when it comes down to audio itself, both companies have radically different philosophies which are consequently reflected in their line of products.

JBL is more focused towards the loudspeaker consumer market, with the JBL Boombox 2 and Xtreme 2 becoming some of the more popular household names in outdoor audio.

Bose, on the other hand, is famous for their noise cancelling headphones and home theater systems that re-create the “concert effect” in your home. They get so many things right when it comes to surround sound and can create that superb cinematic bass effect that eludes so many speaker brands. While they aren’t great for high-end audio listening (in the Martin Logan range), they are great for mid-tier home theater installations with great bass.

So at the end of the day, if you are looking for outdoor portable speakers, our recommendation is to go with the JBL line of speakers.

If you are a home theater type of person, we’d recommend going with Bose as they have a more established line of home theater systems under their belt, unless of course you intend to go high-end with the JBL Stage and HDI floor standing speakers or some other high-end audiophile brand on the market.

Sure, Bose isn’t the best brand out there and they have been rather lazy with introducing new speakers into their product line, but they do a fairly decent job and are make great home theater systems.

All things considered, the debate on JBL vs Bose ultimately boils down to what these brands have to offer, and what you desire to get from these well-known brands.